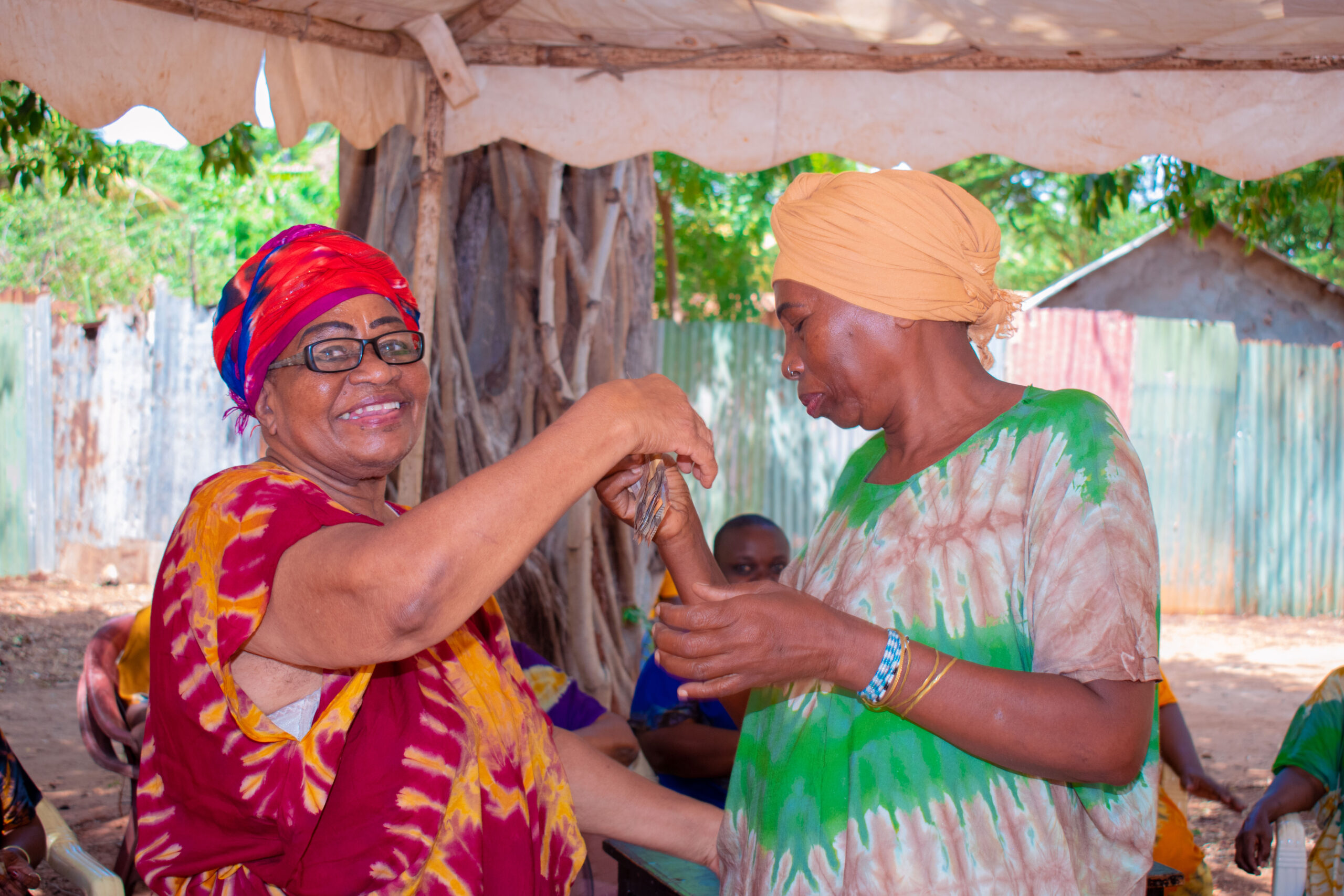 11th March 2022 was a day to remember for Dzarino. That Friday marked the end of the year of Ndalago when the project held its annual meeting, typically dubbed as “kuvunja kisanduku”. Ndalago is a Dzarino project dealing specifically with the table banking activity. In table banking, members pool their resources as savings on a monthly basis and lend out from the pool to those in the group wanting short-term loans. The loans must be repaid within 2 months without fail. As time goes on the savings are combined with loan repayments and a bigger amount is made available to members to borrow. Interest is paid upfront before receiving the loan (or hived off from the amount disbursed). This activity goes on for 12 months before its annual meeting (kuvunja kisanduku) is held. At its annual meeting, all loans given out during the past year will have been paid back to the till. The members’ total savings for the past year are then reimbursed and the interest earned on loans is distributed among members according to agreed criteria. For example, the agreed criteria for the past year was distribution according to savings so the higher the amount of savings made during the year, the higher the interest earned. Previously the agreed criteria was distribution according to loans taken so the higher the amount of loans taken during the year, the higher the interest earned. The occasion proved to be a moment of jubilation for members as they received back their year-long savings and earned interest based on the amount of their savings. During the occasion, members took opportunity to share the main meal of the day together to mark the close of the previous period and usher in the new 12-month period. When the distribution of savings and dividends was done, members now ushered in the new savings period and welcomed new members. The membership grew phenomenally. From 33 members to a new membership of 50 members. The Secretary, Ms. Salama Tsembea spelt out the rules clearly to all members and went on to collect savings. After collection, loans were disbursed to those who had requested. During the meeting, we were honoured to receive an aspiring politician come and encourage members to save and invest as a way to tackle the menace of debt and no-finances.